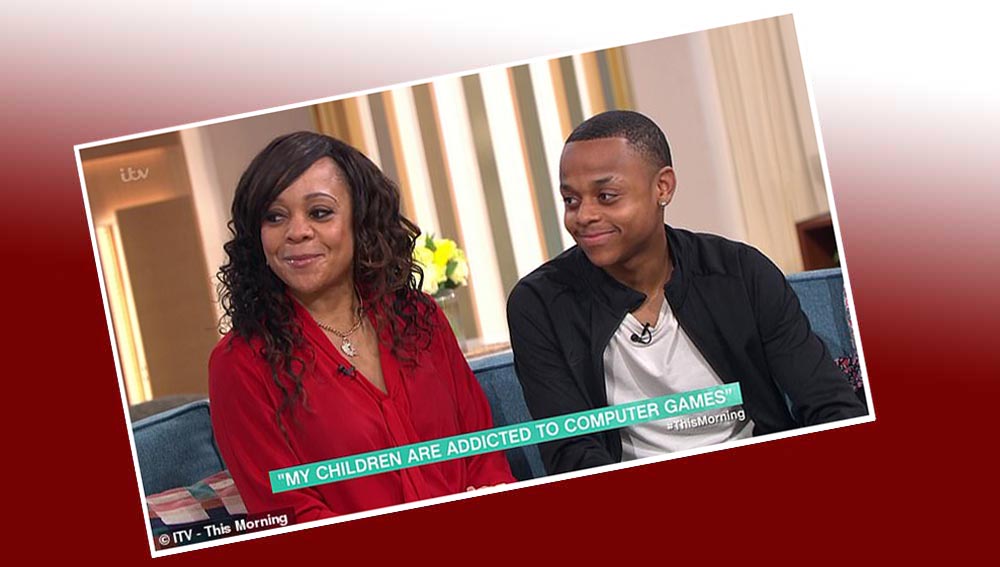 Lisa Martin and her son on ITV’s This Morning in a feature about Video Game Addiction!

A mother whose children can spend up to 50 hours a week playing video games has said that her kids have temper tantrums when she switches off their consoles.

Lisa Martin, 42, from North London appeared on ITV’s This Morning today with her 16-year-old son Romario where she told that her two sons ‘scream and slam doors’ if they’re told they can’t play games and says she’s often shocked at the ‘anger’ the games can bring out.

See more of our fabulous videos on our YouTube Channel

My children have had some great experiences with the Agency, from online Modeling, magazine articles and the latest appearing on This Morning with Holly & Philip. Thank you to KidsTalent.Agency

Would you like to receive wow factor job notifications such as this for your child?